In February 2019, a national train operator tasked Amulet with devising a solution that would halt an increase in anti-social behaviour at a busy train station, including bike thefts and threats to public safety. Previous deterrents had proved ineffective and the local police had not been responsive.

Amulet deployed a high-tech “smart” van, kitted out with multiple monitors and the latest in smart technology. Usually, CCTV footage is sent back to a central hub which then deploys an officer. This takes time and often means by the time the security officer arrives on the scene it’s too late. The remote monitoring was a first for a van in the security industry and allowed for instant action when needed. The van also acted as a strong visual deterrent.

Security personnel were able to gather a bank of evidence to share with the police, who were able to act much quicker than when they were responding to isolated reports. Bicycle thefts were reduced and a stairwell which had been a hotspot for drug users was made much safer. Commuters were more assured by the presence of the van and felt more comfortable using the car park.

Having seen the impact, the British Transport Police have since requested the van’s presence at other stations across the country. 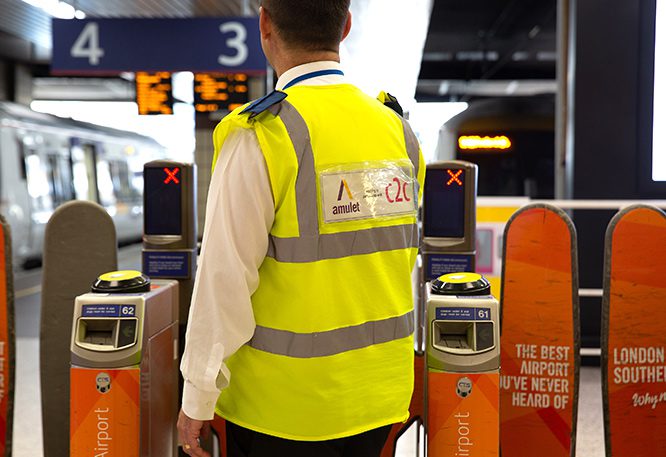 Providing a safe environment for passengers across 26 stations since 2003. 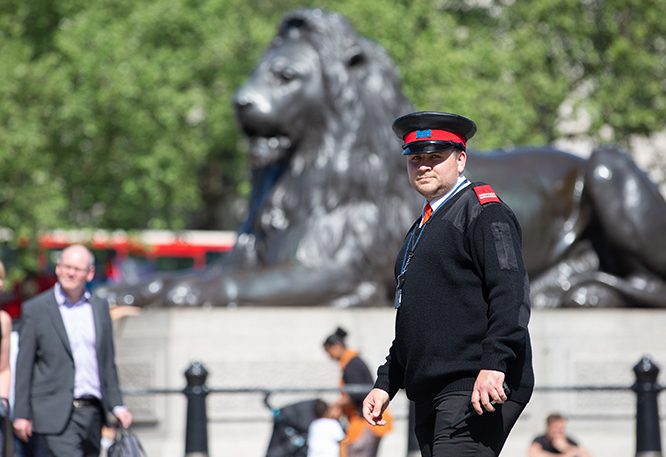 Our heritage wardens act as ambassadors for visitors and enforcers of bylaw at Trafalgar Square and Parliament Square Gardens.

What can we do for you?